Food for Thought: What Does “Service” and “Leadership” Mean to You?

In his book Excellent Sheep, William Deresiewicz questions the way in which today’s generation, and the world at large, thinks of the purpose of community Service. His words, which I quote here at length, asks you to think about the role and meaning of “Service” and “Leadership” in your life and career:

“‘Why is it that people feel the need to go to places like Guatemala to do their projects of rescue or documentation, instead of Milwaukee or Arkansas? Is it because it’s fun to visit poor people in other countries but not so fun at home? When students do stay in the States. Why is it that so many of them seem to head for New Orleans? Perhaps it’s no surprise, when kids are trained to think of service as something they are ultimately doing for themselves—that is, for their resumes. ‘Do well by doing good,’ goes the slogan. How about just doing good? Why is that an insufficient goal? ‘Service” is a lot like ‘leadership,’ and in fact the two are far too tangled up. Kids want to save the world, a Brown professor told me, but their idea of doing so invariably involves some form of getting to the top. 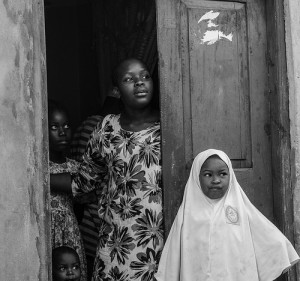 The problem with “service” begins with the concept itself, or are least what it’s become. The word is rooted in the Bible. Serve God, the Children of Israel are told, not Pharaoh. Serve God, Christ says, not Caesar. That is who you’re supposed to be serving with “service.” It’s about humility, not condescension. But now we understand the concept in a very different way. “Giving back’, ‘giving to others’: this is the language of charity, enforcing the ideas of debtorship, disempowerment, hierarchy, and social relations as economic exchange. It is us versus them, rich versus poor, white versus black and brown, the serve and the served. It isn’t even noblesse oblige, because there’s no ‘oblige,’ no concept of obligation or social duty. ‘Service’ is a flock of middle-class messiahs, descending in all their virtue, with a great deal of self-satisfaction, every once in a while, when they remember to think about it, upon the miserable and helpless. Like ‘leadership,’ it is a from of self-aggrandizement.

I’m suggesting that the first thing that you need to do—the thing that college ought to teach you—is think. The critic Lionel Trilling quotes the title of a colleague’s essay: The Moral Obligation to Be Intelligent. The point is not to have a high IQ. The point is to use it. Intelligence is not an aptitude. It’s an activity—and an ethical activity to boot. We don’t need students to be radicals; we only need them to be skeptical. ‘Skeptical’ comes from a word that means ‘to look.’ A skeptic is someone who bothers to look. What good does it do if you make it to the top, if by the time you get there you are just another ‘leader’, another opportunist, another genial conformist, another mediocrity?”

One Response to “Food for Thought: What Does “Service” and “Leadership” Mean to You?”

Christine Henseler is Professor of Spanish and Hispanic Studies at Union College, NY.