“Connor, what is your favorite car?” Luis Palacios, a pitcher from Venezuela, asked in English, the language he was learning.

“Mi carro favorito es el Ford F-250,” Scott answered in Spanish, with only a bit of help from an instructor. Teammates oohed and aahed.

“The accent is really coming along,” said Colleen Mitchell, another Marlins teacher. “Proud of you.”

This sort of interchange of language was exactly what Derek Jeter, the former Yankees superstar, dreamed of when he became the chief executive of the moribund Marlins in 2017. During his playing career, Jeter had seen plenty of Spanish-speaking major leaguers pick up English upon arriving in the United States, but he felt like that was only half the story.

“Communication is a big part of this game, whether it’s pitcher-catcher communications or just teammates communicating,” Jeter said while sitting in his sparse office at Roger Dean Chevrolet Stadium in Jupiter earlier this year. “So it’s just as important for the English-speaking players to learn Spanish.” 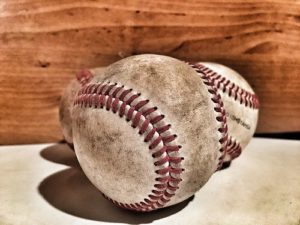 The New York Times
"The Marlins Are Sending Everyone to Spanish Class. Even Derek Jeter."
By James Wagner