The most popular joke told to a Liberal Arts major of any kind is that their degree is nothing more than a piece of paper that will grant them the privilege of asking customers: “Would You Like Fries With That”.  I never really minded the joke because I knew that I would do whatever it took to make my dreams come true, and I wasn’t afraid of whatever kind of work it took to get me there.  This is still true today.  The really sad fact of the job market in 2016 is that underemployment is becoming the norm for many degree holders in an economy that is still struggling to rebound with baby boomers struggling to retire. 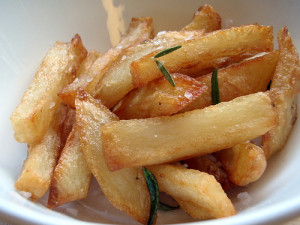 According to an article in the Huffington Post, when the economic recession hit in 2008-09 it took 40% of baby boomers retirement investments with it.  Some 70% of baby boomers are looking to delay their retirement because of it.  80% also feel that Social Security and Medicare will cease to exist within 20 years (1).

I remember talking with Guidance Counselors about the Jobs Outlook for after I graduated college and how retiring boomers were going to create high demand in many employment sectors.  Even if you look at the baby boomers who do retire, most realize that they still have many years ahead of them and a lot to give, and stay in the workforce either freelance or part-time for as long as possible.

To blame them would be incredibly short sighted, though they are just one piece in this puzzle.  We are also seeing a massive increase in the number of people with college degrees. The US Census Bureau states that as of 2014 approximately 47% of Americans have an Associates/Technical Degree or Higher (9).

There is fervid disagreement about how many jobs are being created that require degrees, but in an article featured by PBS News Hour statistics point to between 27% and 35% with little projected growth. This is a very deceptive number because it does not take into account what employers are asking for in new employees, just what the job requires at a bare minimum (the article mentions nursing that only requires a two-year program, but over 50% of hired nurses possess at least a Bachelor’s Degree) (4).

This leads to what many consider an underemployment crisis.  Georgetown University did a study where it found that an estimated 63% of jobs will require education beyond high school (4). According to the Economic Policy Institute the Fed is still targeting a 2% inflation rate.  Our most current wage increase rate was only 2.3% (7).  While this is for many reasons, the fact is still that we are asking people to invest large sums of money in higher education while wages remain almost stagnant accounting for inflation.

The other side of that two-edged sword is the trend for states to decrease education spending.  According to the American Council on Education based on the trends since 1980, average state fiscal support for higher education will reach zero by 2059, with some states reaching zero by 2040 (6). While I doubt that states will ever completely privatize higher education, it’s easy to see that we are creating the perfect storm for the destruction of our financial futures.

If we make an education a larger financial burden on the individual, while requiring them to have it, while further still not paying them a fair wage for obtaining it, how are they going to support and grow the economy?  Politicians like to point the finger of sky rocketing college costs at the institutions, but if you decrease state funding (public institutions received an average of 60.3% of it’s budget from the state in 1980 to 20.1% in 2011) costs have to be redistributed somewhere (6).

Now this is not a one for one transfer, many variables go into the funding mix for public institutions, but this perfect storm has created a population segment deemed the “Hypereducated Poor”.  Education itself is a large contributor to this movement with 70%-75% of new teaching hires being adjunct or lecturer status, in other words they are part-time, under-paid, and receive no benefits.  Most work what would normally be considered a full class load or more and make less than 150% of the poverty line (8).  Many have a terminal degree, and sadly academia isn’t where this trend ends.

42.2% of minimum wage workers have education beyond high school.  While we used to only ask liberal arts majors if they were excited for a career in fry add-on sales other degree programs are suffering as well.  An article on the hypereducated on welfare stated that:

“It’s not just academics who are highly educated and downwardly mobile. Employment for recent law school graduates fell from 92 percent in 2007 to 84.5 percent in 2012, according to the National Association for Law Placement, and the average law student’s debt was about $100,000. Other professions that haven’t regained many of the jobs lost during the recession include architecture, market research, data processing, book publishing, human resources, and finance—all of which either require or tend to attract workers with a master’s degree (8).”

The interesting fact that brings us back to the oft maligned liberal arts majors comes from Forbes which called the previously “useless” liberal arts degree the Tech Industries hottest ticket.  For further proof of the marketability of a liberal arts degree here is a chart from LinkedIn concerning job placement (2):

I know that this is a lot to take in.  Our country is eroding the bedrock of economic stability for us and future generations.  There is a perfect storm coming of bootstraps nonsense that will have us financially responsible for our futures with no responsibility for the business sector or government to financially support that choice.

I myself am hypereducated and poor, and I want you to know the truth of this article is that we can hopefully start changing these trends.  Most of all though, I want you to know that you did not decide to become a fry add-on specialist by pursuing a liberal arts degree. There are endless opportunities out there for you, and it’s the system that’s broken.  Hopefully with this information we can not only help show the value of what we do, but also unite as a workforce and demand what we deserve instead of settling for what we are given.

Chris McDermott, M.S.EDU is the founder of McDermott Advising, and a former Arts and Education Administrator. Chris seeks to support Non-Profit Business through Political Advocacy, and by creating solutions to help them best serve their mission.