Debunking Two Common Myths About a Degree in the Arts/Humanities

No matter how many anecdotes and jokes there are about arts and humanities majors, the numbers don’t lie! Furthermore, when it comes to the GRE, philosophy majors score the highest out of any major in the verbal reasoning and analytical writing sections. (Source: The Atlantic) 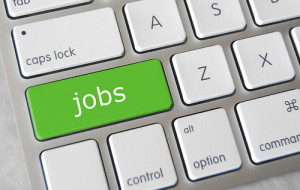 Myth #2: A degree in the arts/humanities will lead to a low salary.
Truth: Some of the most successful CEOs and executives were once arts/humanities majors. For example, Peter Thiel, the co-founder and former CEO of PayPal, was a 20th Century Philosophy major. In terms of previous and current presidential candidates, Mitt Romney majored in English, while Carly Fiorina studied history and philosophy. Carl Icahn, chairman of Icahn Enterprises and a well-known activist investor, studied philosophy in college. Michael Eisner, the former CEO of Disney, majored in English and theatre. Clarence Thomas, Associate Justice of the Supreme Court, was an English major. George Soros, one of the most successful hedge fund managers of all time, was a philosophy major. Ten Turner, founder of CNN, was a Classics major. These are just a few examples of people who studied the arts and/or humanities in college and went on to be extremely successful professionals. Of course, these people were also extremely bright, motivated individuals-but that is what paves the way for success no matter what you study in college. Studying something “practical” will not eradicate the need to work hard in order to get to where you want to be. You will need to do that regardless of what you major in. However, it’s enlightening to learn that so many successful people in this day and age once were students of the arts/humanities in college.

So there you have it, folks- some statistics and examples of successful arts and humanities majors to use next time someone is giving you a hard time!

MaryGrace Wajda is a graduate of Union College with a double major in Classics and Philosophy.