Creating Meaning, Not Just Money: The Intellectual Innovators Behind Some of the Biggest Start-Ups

Next time you’re struggling to figure out how to make a big dent in the universe with your own startup, maybe the answer is to take time out to “read the Tempest and talk about its implication in life”. While such discussions obviously didn’t lead Thiel and Hoffman directly to their billions, it is reasonable to suggest that it was practice for thinking about the possible implications their own ideas would have on the world. One gets the distinct sense from watching the videos that these guys wrap the usual nuts-and-bolts business thinking in a meta layer of thought that asks not merely how to achieve product/market fit, but what would a particular idea mean for the world if brought to fruition? The dollars made are a side-effect of having created something that moves the world in a positive direction. 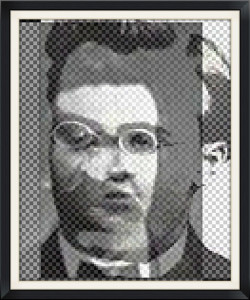 Graham, Thiel and Hoffman are intellectual doers. For them, it seems, there is no contradiction between deep, contemplative, intellectual thought and getting stuff done. In fact, creating game-changing businesses like PayPal, Y Combinator and LinkedIn may demand this sort of thinking. Why? One reason might be that philosophy teaches its students useful ways of thinking, how to look at existing concepts from all angles to see their relation to other concepts, and how to treat fragile new ideas with the necessary patience and care so as to give them the opportunity to bloom. These are soft but important skills in the business of creating things that change the world for the better. Philosophy doesn’t have a monopoly over this kind of thinking; really, we’re using the specific to make a point about the general. But philosophy is somewhat unique in that it typically plays out almost entirely in the mind, which could explain why it is often maligned for its perceived impracticality.