The U.S. healthcare system is designed to provide quality care for Americans. This means that we need to exhibit cultural competency toward all patients. The rise of various ethnic groups in American society, makes it essential for physicians to develop cultural awareness of various groups. 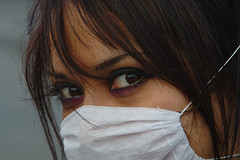 A significant challenge that non-Hispanic physicians will face is simply understanding the patient. Since many Hispanics in the U.S. are not fluent in English, a greater demand will be imposed on translation services to better facilitate the physician-patient interaction. Although these services will significantly improve communication between the physician and patient, I believe that the physician has an important obligation to both understand the language and a person’s cultural worldview. The values, emotions, tone, and sentiments expressed in the native language is where real understanding lies. This is where empathy and true connections can sprout. The foods they enjoy, the cultural beliefs they hold onto, and the social activities they engage in. All of these factors can shed light on the human condition and, ultimately, the health of the Hispanic population.

Aspiring physicians should consider pursuing studies in Spanish and Hispanic culture. As highly knowledgeable as the physician may be in the sciences, it is equally important for the physician to be skilled in the humanities to acquire a greater cultural awareness of the Hispanic population. This will ultimately allow for more genuine and sincere interactions to occur between the physician and patient. Even more, it allows the physician not just simply to diagnose a medical condition for a patient, but to also better assess the overall background of the patient to get a better understanding of that patient’s condition. Having a rich understanding of the cultural and social factors that are at play will enable the physician to effectively evaluate the patient’s overall health and, ultimately, provide effective treatment. It will also be a huge advantage for physicians considering spending time in developing countries, especially those in Latin America. Since many people in these countries are not fluent in English and are seeking access to basic medical care, physicians may find themselves playing a role that goes beyond their practice here in the U.S.

Samuel is a graduate of Union College with majors in Biology and Spanish. He aspires to pursue graduate studies in Spanish and Hispanic Culture and also obtain his M.D. degree from Albany Medical College. During his spare time, he likes to read scientific articles and play sports including tennis and basketball.