A Reason to Major in the Humanities

“Daniel Jelski, a chemistry professor at the State University of New York at New Paltz and previous dean of New Paltz’s School of Science & Engineering, argues in a New Geography essay that humanities degrees may be more important for tomorrow’s job market than is generally believed. 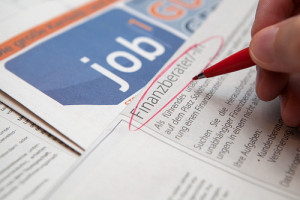 He bases this on three “Laws of Future Employment”:

Law #1: People will get jobs doing things that computers can’t do.

Law #2: A global market place will result in lower pay and fewer opportunities for many careers. (But also in cheaper and better products and a higher standard of living for American consumers.)

Law #3: Professional people will more likely be freelancers and less likely to have a steady job.

The implications of Laws #1 and #2, he says, are that STEM jobs will not be particularly safe in the future, since he believes they are “easily computerized and tradable.”

The more valuable skill sets, he argues, will be those that computers can’t offer, like empathy and sociability — skills that you might be more likely to learn in an English course than one in linear algebra.”

The New York Times / Business Day
"A Reason to Major in the Humanities"
February 9, 2012