Humanity in the Marketplace

Adam Smith was not an economist (the field did not exist in the 1700s), he was a moral philosopher. From 1752 to 1764 he held the Chair in Moral Philosophy at the University of Glasgow. One of Smith’s big ideas in his 1776 book, The Wealth of Nations, was that of the “invisible hand” in the marketplace, which held that individuals working in their own self-interest are “led by an invisible hand” to promote the social good. While much of modern economics is built on this idea, it is not the same as saying that “greed is good.” Smith had in mind a small, homogeneous society in which people generally know one another, and in which sharp dealing in the market would be likely to come back with a bite, such as 18th Century Scotland.

Smith considered in detail what makes a civil society work in his 1753 book The Theory of Moral Sentiments. In that work, he puts “self-interest” in a very social context. He that the “perfection of human nature” requires us to “restrain our selfish, and to indulge our benevolent affections.” That is, the self-interest behind the invisible hand must be tempered by an implicit social contract, without which we descend into chaos.

Smith acknowledged that geographic distance and lack of familiarity dulls the necessary moral senses. He compared one’s reaction to an earthquake in China, in which millions were killed, with the possibility of losing one’s own finger, recognizing that distance makes the heart grow harder. To a Scotsman, the deaths in China would be noted, would cause passing sadness, but would be quickly forgotten, while the fear of losing one’s finger would cause sleepless nights.

What happens today, when China, rather than being a distant place about which we know or care little, is a major global trading partner? The world of the 21st Century is far, far different than Smith’s Scotland. Modern communication, financial and transportation systems make us far more likely to interact with people whom we have never met, and of whose lives we know nothing, from the person who assembles iPhones in China, to the Bangladeshi worker who makes our clothing, to the Wall Street banker who re-packages our mortgage. We are economically tied but socially and culturally detached from so many others in the marketplace, and the invisible hand is far more likely to fail. Greed has fallen under a cloak of invisibility, resulting not in the social interest, but rather only private gain. 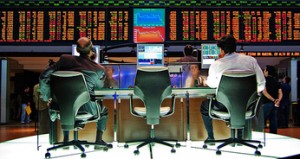 While there is room for governments to help control excesses, we probably can never legislate morality. Attempts often backfire: squeezing one ear of the Mickey Mouse balloon just blows up the other. Where legislation fails, however, education can succeed. As students prepare to pursue their own self-interests, they should learn about the people with whom they will interact, directly or more often, indirectly. They should understand that the interactions are a many-way street. As Smith said long ago, “to feel much for others and little for ourselves … constitutes the perfection of human nature.” The Humanities can help us see the world through others’ eyes, and in doing so, to also imagine now they see us, thereby developing the empathy that underlies Smith’s world-view. Empathy is in short supply in the modern world, and it is only with empathy in abundant supply that the invisible hand of the marketplace works: that an individual, “[b]y pursuing his own interest … frequently promotes that of the society….”

Adam Smith’s works can be found online:
The Theory of Moral Sentiments
http://www.econlib.org/library/Smith/smMS.html

The Wealth of Nations
http://www.econlib.org/library/Smith/smWN.html

If you are interested in learning more about new views of economics and culture, have a look at the New Economics Institute. The ideas might seem a bit on the fringe, but they are much more in line with Adam Smith’s original views than his modern adherents might suspect.

Kenneth B. Sharpe Professor of Economics.